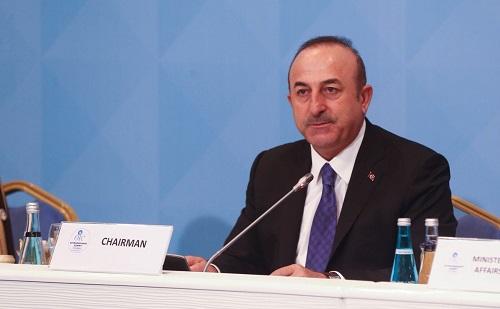 Turkiye has always backed a political solution to the Syrian conflict, the Turkish foreign minister said on Tuesday.

"The (Syrian) regime does not believe in a political solution, it believes in a military solution. A permanent solution is a political solution. We've been saying it from the beginning," Foreign Minister Mevlut Cavushoghlu said at a joint news conference with his Latvian counterpart Edgars Rinkevics in the capital Ankara.

Turkiye believes that reconciliation is essential for lasting peace in Syria, he said, adding that Ankara strongly supports Syria's territorial integrity and sovereignty.

Cavushoghlu also noted that it is not the first time that the regime and the opposition in Syria have come together. "We have made a very important contribution to this. Why? Because the opposition trusts us. We have never let the opposition down. We say that this reconciliation is essential for lasting peace and stability in Syria."