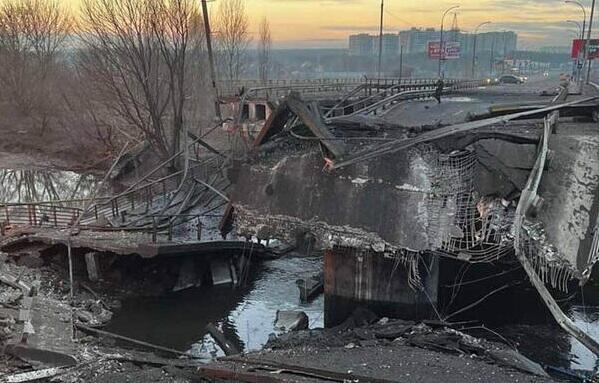 The Ukrainian military once again hit the Kakhovka bridge, which the Russians had just repaired.

Axar.az reports that this was said by Sergey Khlan, adviser to the head of the Kherson regional administration.

According to him, the operational command "South" officially confirmed that the Ukrainian army destroyed the plans of the invaders to repair and use the Kakhovka bridge.