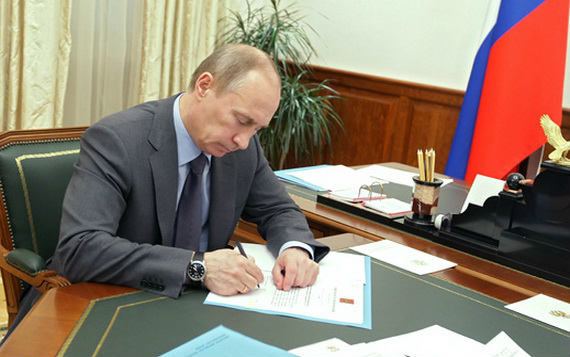 Russian President Vladimir Putin signed the law on amendments to the Criminal Code of the Russian Federation.

Axar.az reports that according to the change, deserters and soldiers who do not go to military service despite being called up will be punished with up to 10 years of imprisonment.

The document was published on the official internet portal of legal information.

It is reported that up to 3 years of imprisonment is expected for refusal to participate in military operations, and up to 10 years in case of "severe consequences". Desertion during mobilization will be punishable by up to 15 years in prison.

The law also stipulates a prison sentence of 5 to 10 years for a soldier who refuses to perform his duty by pretending to be sick, mutilating himself, falsifying documents or other fraud.

It should be recalled that on September 21, Russian President Vladimir Putin announced partial mobilization in the country. The order in this regard has already been signed and published on the website of the Kremlin. Mobilization activities started on September 21.