France not to give fight against terrorism 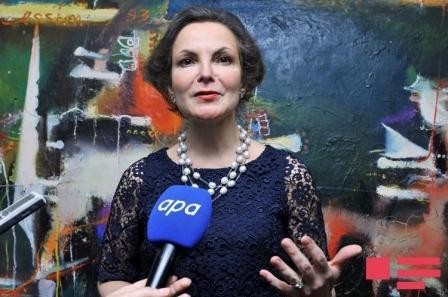 France will not give up against terrorism, said French ambassador to Azerbaijan Aurelia Bouchez attended.

She made the remarks during a ceremony held July 18 at the embassy in Baku to sign a book of condolence to honor the victims of the terrorist attack in Nice July 14.


The terrorist attack in Nice claimed the lives of 84 people, including 10 children and adolescents, said the ambassadors, adding that some 18 injured are still in serious health condition.


“As soon as the terrorist attack was committed, the French authorities have taken the necessary measures, and law enforcement officers have helped hospitalize the injured,” said Bouchez.


A probe has already been launched into the attack, the ambassador said, stressing that France will not bow to terrorists threats.


Bouchez called the Nice tragedy an accident against values of brotherhood, equality and freedom which France celebrates every year on July 14.

France’s ambassador expressed gratitude to the people of Azerbaijan for their support. “It indicates to our friendship, commitment to multiculturalism and our protest against fanaticism,” she added.