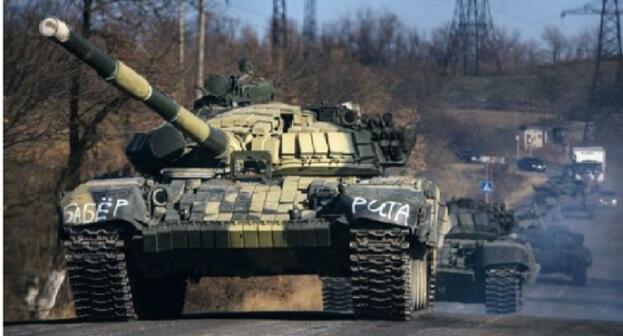 Ukraine's rapid advance on Kharkiv Oblast a month ago resulted in the Russian military abandoning its heavy weapons and supply depots in a disorderly manner. With this, hundreds of Russian armored vehicles fell into the hands of Ukrainian soldiers.

Axar.az reports that "Wall Street" published information about this.

The chief of staff of the Ukrainian artillery battalion on the Kharkov front told reporters that his unit currently has four Russian "2S19 Msta" 152 mm self-propelled howitzers, which were recently taken as loot, as well as many Soviet weapons:

"The Russians no longer have an advantage in firepower. We destroyed all their artillery units before the attack began, and then we began to advance so quickly that they did not even have time to refuel and move their tanks. They just dropped everything and ran."