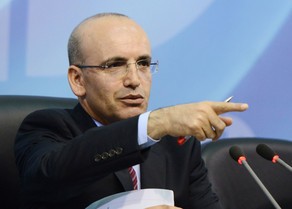 Turkish Deputy Prime Minister Mehmet Shimshek has denied previously appeared information about the missing of military ships after the attempted coup in the country.

Earlier, The Times reported that at least 14 ships of the Turkish Navy have not returned to their base after attempting a coup in the country.

According to the newspaper, at that time ships were on duty in the Black and Aegean Seas.