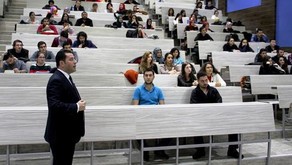 In the framework of the investigation launched in Turkey after a a failed attempt of the military coup in order to overthrow the power committed by the Gülenist Terror Organization (FETÖ), university rectors and professors from all over the country have been banned from travelling abroad and leaving the country.

According to the Turkish media, the ban was introduced to 150,886 scholars.