The EU can do to Ukraine what it did to Turkey 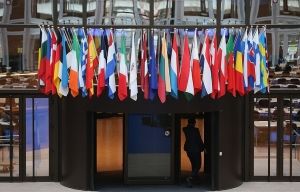 The European Union (EU) is not in a position to accept Ukraine as a member.

He said that the union will not be able to accept new members.

"There is a risk that what the EU has done with Turkey for decades will spread in Eastern Europe as well. The European Union must rebuild itself if it does not want to explode due to new accessions. In the current situation, the EU is not in a position to expand."