The hidden meaning of the ads photos of Ronaldo and Messi 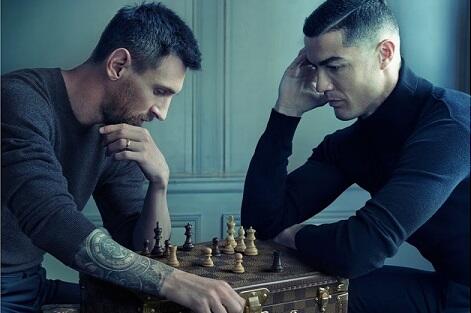 The secret meaning of the advertising photo showing Cristiano Ronaldo and Lionel Messi playing chess has been revealed.

Axar.az reports that information about this has been spread on social networks.

The pieces on the chessboard in the picture are arranged according to an episode of the 2017 game between Magnus Carlsen and Hikaru Nakamura. That game ended in a draw.

It should be noted that the athletes came to the shooting site on different days for the commercial shooting. The image was then edited using photoshop.