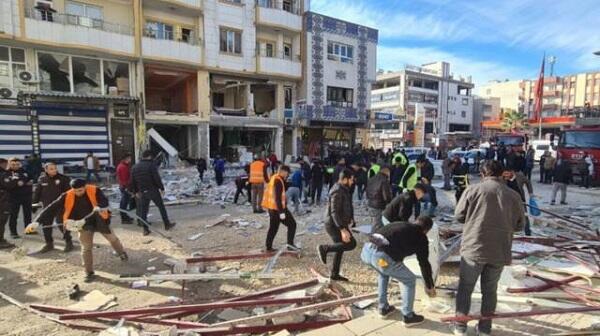 At least 4 people were injured as a result of an explosion in a house in the Akcakal district of the city of Sanliurfa in the southeast of Turkey.

Axar.az reports that the Anatolian agency reported on this.

According to the initial version of the police, the explosion occurred on the first floor of a six-story building where workshops are located. Due to the blast wave, the ceilings in the building partially collapsed, the windows of the neighboring houses were broken, and the cars parked on the street were damaged.

The scene of the incident has been cordoned off and an investigation is underway.