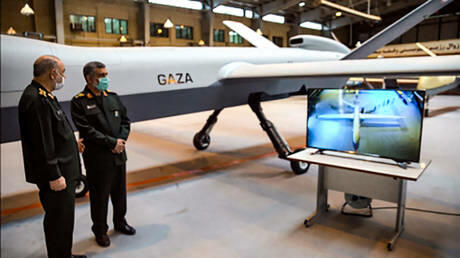 In Tehran, the Chief of the General Staff of the Iranian Armed Forces, Major General Mohammad Bagiri, met with the Deputy Minister of Defense of Russia, Colonel General Alexander Fomin. The parties are believed to be discussing a new supply of anti-aircraft missiles and missiles from Iran to Russia.

"Perhaps they discussed the sale of Iranian anti-aircraft missiles and missiles to Russia for use in Ukraine. Bagiri is the commander-in-chief and responsible for military policy and strategic direction," the information stated.