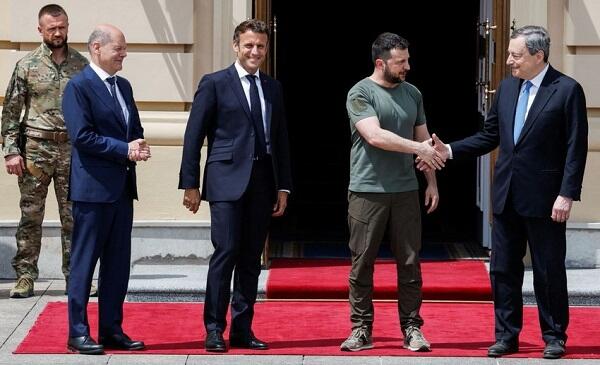 The prolongation of the conflict complicates the position of Vladimir Zelensky, his support in the West begins to decrease.

Axar.az reports that "Rebelion" published an analysis about this.

"Other countries, including the United States and Great Britain, continue to block any talks that could end the conflict. However, their unconditional support for Zelensky is beginning to decrease," the article said.

It was noted that only the USA benefits from the increase in economic, energy, and military dependence of the EU on Washington:

"The current crisis is far from being resolved and it is too late to talk about the status of Ukraine. This country cannot be accepted into NATO. In order to satisfy the interests of Moscow, the territories included in Russia should be excluded from the discussion."