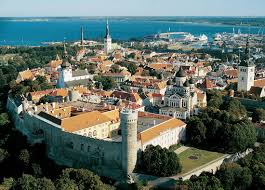 Estonia will build a UAV monitoring system on the border with Russia and deploy 15 radars in the Ida region.

Axar.az reports that this was reported to Tarvo Kruupa, the operational head of Ida border prefecture.

"In the coming years, the Department of Police and Border Protection plans to establish 15 new radar positions in the border region of Ida-Virumaa and create a separate system for the detection and neutralization of UAVs," Kruupa said.