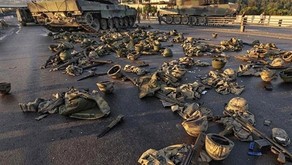 Preventive measure has been chosen on other 1 855 servicemen within the investigation conducted due to Gülenist Terror Organization (FETÖ) coup attempt in Istanbul.

587 servicemen released, 311 of them are under police surveillance. Prosecutor filed a protest regarding release of 353 suspected, 234 of them were rejected, while 49 are being investigated.

According to the information, trial of other 179 servicemen, accused of military coup attempt, will be held, 2 servicemen are treated in the hospital.