"Turkey will adhere to principles of democracy" 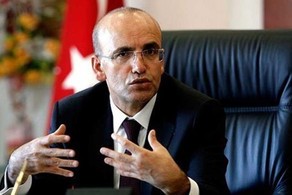 'Despite the coup attempt, Turkey will adhere to the principles of democracy and the rule of law'.

'In fact, nothing has changed. Despite the events occurred a week ago, we will continue to completely adhere to the principles of democracy and the rule of law', he stressed.

Notably, during prevention of the coup attempt in Turkey, 246 people were killed, 2 185 injured. 10 607 people were detained for attempting a coup, 4 496 people arrested.