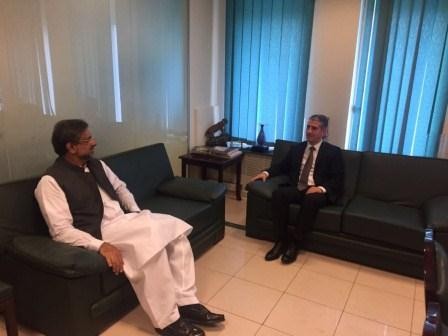 The parties discussed current state of relations between the two countries. The sides also highlighted support of both countries within the international organizations. The two also discussed development of political, energy, transport, trade, economic relations between Azerbaijan and Pakistan.