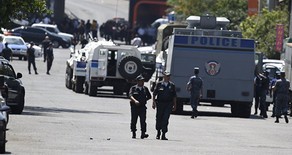 Also, the Armenian TV channel Gala TV, announced the readiness of the armed groups to release all hostages on the condition that, "the press point will be organized" within the occupied part of the police station, without specifying the purpose for which it will be created.