What we know the details of state of emergency in Turkey 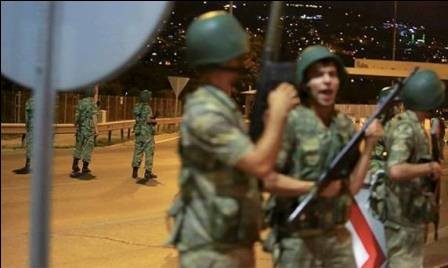 Let's clarify much more that what is difference between martial law and state of emergency.

Unlike martial law, the state of emergency does not mean an increased military presence in the streets or the increasing influence of the army on government. State of emergency will not have a direct impact on people’s daily lives as we will not see soldiers patrolling in streets or blocking roads. According to Turkish law, during state of emergency, the army is still under the control of the civilian bodies such as president, government and the governors (in their provinces).

What is main purpose of declaring a state of emergency? - It is to make swift decisions to remove the Gulenist members from state institutions.

They are continuing to pose serious security threats, the government aims to use executive orders to make new laws and clean the state apparatus from the supporters of this terrorist organisation. If there was no state of emergency, the process would have taken years to clean them and carries the risk to give a chance to these people to regroup and attack the state and society again.

The government is currently taking security measures to prevent their further attacks and to immobilise this dangerous organisation by arrests, suspensions and firings while targeting only the coup plotters and the people that are linked to this secret and messianic group. The legal process will allow them defend themselves in the court.