Another rally takes place in Armenia 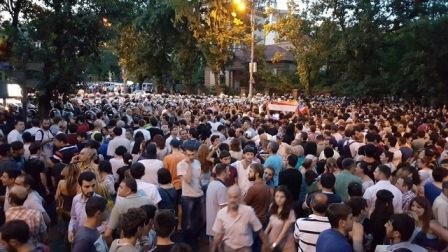 Another rally has started on Freedom Square in Armenian capital in support of the armed group that seized the police building in Yerevan, News Armenia web site reported.

The armed group seized the headquarters of the police and interior troops in Erebuni, Yerevan, July 17, demanding the release of the participant of the Nagorno-Karabakh conflict, coordinator of the opposition Armenian civil initiative ‘Founding Parliament’ Zhirayr Sefilyan.