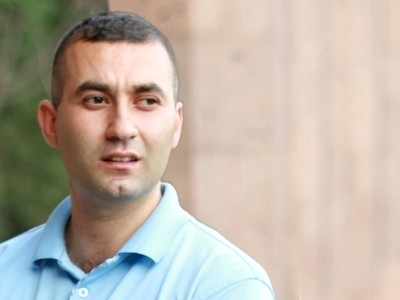 Member of Armenia’s Founding Parliament radical opposition group Harutyun Aghlamazyan has been beaten near his house.

His father Karen Aghlamazyan informed about it.


He said that his son was beaten on the way back to home from Armenia’s Special Investigation Service.


“Arutyun called saying that he came back to home and I went to meet him. Three persons came up to him, asked him whether he was Harutyun or not. Then they began to beat him”, his father said.

According to Aghlamazyan, his son is being treated in hospital.