Ukraine found how to circumvent Russia 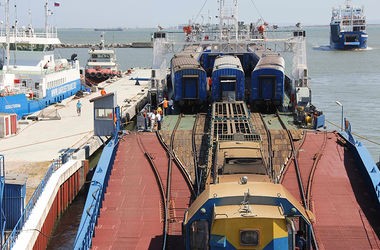 Cargo blocked because of Russia will be delivered via Georgia.

According to the Commercial Sea Port of The Chernomorsk, on August 9 two ferries are to enter it to deliver 100 wagons of cargo that was gathered on the railway station near the port to Batumi and Poti ports of Georgia.

The third ferry is reported to be coming. It is said that it will be loaded by wagons for the alternative road through which cargo will go to Central Asian countries, circumventing Russia.

Vice Minister of Infrastructure, Viktor Dovhan stated that in the nearest time 269 wagons are going to be sent to Batumi and 129 to Poti.

The Ministry notes that “trade aggression of the Russian Federation led to a substantial increase of pressure on the alternative way of delivery of Ukrainian goods on Central Asian markets”.