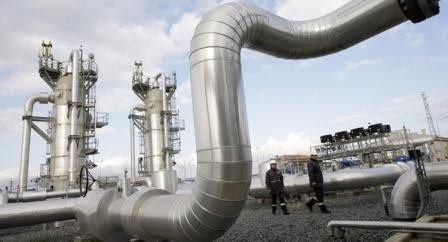 Russia is willing to discuss a lower price for natural gas deliveries to Turkey, the Russian energy minister said Tuesday after President Vladimir Putin met with his Turkish counterpart in St. Petersburg.


At the end of 2015, Russian gas accounted for about 50 percent of Turkey's total gas imports. In March, Turkish gas importer Enerco Enerji said that Russia’s energy giant Gazprom had canceled a 10.25-percent price discount. Gazprom said the dispute was settled in April.

"If the Turkish side raises this question, we will discuss and analyze the situation, monitor it and hold negotiations," Alexander Novak told Russia’s Rossiya 24 TV channel.