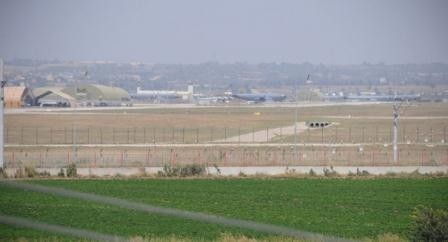 He clarified that the decision could be taken based on similar agreements made with Syria on the use of the Hmeymim facility and the latest use of the Hamadan airfield in western Iran to carry out airstrikes against terrorist groups in Syria.


"Turkey can provide the Incirlik base to the Russian Aerospace Forces for its use in counterterrorism operations [in Syria]. This can become a logical continuation of Turkish President [Recep Tayyip] Erdogan’s step toward Russia," Morozov told RIA Novosti.

Senator Viktor Ozerov, member of Russia's Federation Council Defense and Security Committee, did not rule out that Ankara could offer the use of its air base after Erdogan’s reconciliatory visit to St. Petersburg last week, where he affirmed support for Russia’s anti-terrorist mission in Syria.

"It is not guaranteed that Russia needs Incrilik, but such a decision can be regarded as Turkey's real readiness to cooperate with Russia in the fight against terrorism in Syria, and not just pay lip service," Ozerov stressed.


Incirlik has been in use by the US Air Force in its coalition’s efforts against Daesh terrorist group since the summer of 2015.