80 thousand people evacuated because of the fires 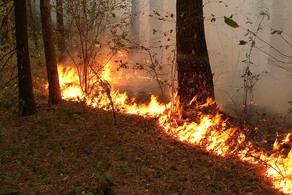 The government of the U.S. state of California were forced to evacuate more than 80 thousand inhabitants of the County of San Bernardino because of the raging forest fires.

Under the threat turned out to be around 34.5 million homes. The fire, which began Tuesday, has covered an area of more than six thousand hectares, according to news reports. California Governor Jerry brown announced in the County, located 100 km East of Los Angeles, state of emergency.

About 700 firefighters are trying to fight the fire.

The fire broke out near the motorway linking southern California and Las Vegas in Nevada. As a result, one of the sections of the highway was closed. The cause of the fire has not been established.