Iran warns US Navy near Strait of Hormuz 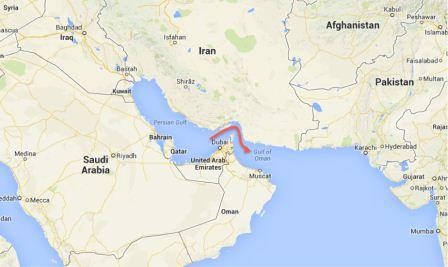 Iran confirmed that the country's military boats approached and gave a warning to the US navy in waters near the Strait of Hormuz, ISNA reported Aug.25.

"If we see that the US navy wants to violate Iran's borders, we respond," he added.

A US Navy official told CNN that four Iranian Revolutionary Guard Corps vessels conducted a "high-speed intercept" of the USS Nitze in waters near the Strait of Hormuz Tuesday, deeming the incident "unsafe and unprofessional."

The official said two of the vessels slowed and turned away only after coming within 300 yards of the US guided-missile destroyer as it transited international waters near the Strait of Hormuz, and only after the destroyer had sent multiple visual and audio warnings.

The incident is only the latest in a series of all-too-close encounters with Iran in the region since December.

These brushes have included Iranian rocket launches, drones flying over US vessels and the capture of US sailors in January.

They come against the backdrop of renewed US diplomatic contacts with Iran, which has triggered a political backlash among Iranian hardliners, including the powerful IRGC.

In the wake of Tuesday's incident, the Nitze and US Naval Forces Central Command have determined that the Iranian vessels were violating international law and maritime standards, acting dangerously and unprofessionally, CNN reported.