No deal to export gas to Georgia via Armenia 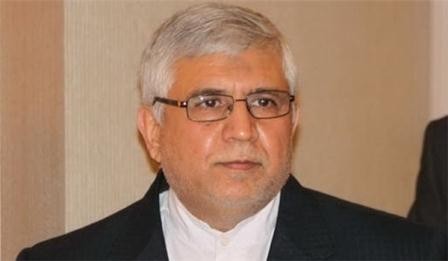 At the moment, there is no agreement on the gas export from Iran to Georgia, Iran’s Ambassador to Azerbaijan Mohsen Pak Ayeen told Trend August 25.


He was commenting on the information which appeared in the Iranian media outlets regarding signing of a contract for the supply of Iranian gas to Georgia through Armenia.


Earlier, the Iranian IRNA news agency reported with reference to the country’s Oil Minister Bijan Namdar Zanganeh that the test agreement on the export of Iranian gas to Georgia via Armenia has been concluded.


The ambassador said that any news in the media related to this issue are not based on official statements and are purely personal views of the authors.


Earlier Georgia's deputy energy minister Mariam Valishvili told Trend that Georgian Ministry has no information on the conclusion of contracts for the import of Iranian gas to the country.


Valishvili added that the Georgian government has not concluded the contracts for such gas supply.

"We have no idea about the volumes, companies which signed a contract and the area from which the gas will be supplied," she said.


At present, Azerbaijan is the main supplier of gas to Georgia. Small volumes are also supplied from Russia.