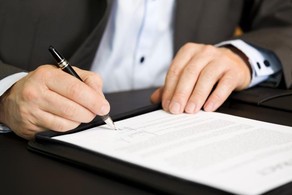 Azerbaijan, Turkey and Turkmenistan have signed Ashgabat declaration to establish a transport corridor extending from London to Beijing.

The information was stated by Turkish Minister of Transport, Maritime Affairs and Communications Ahmet Arslan.

According to him, the document was signed in Turkmenistan with the participation of the representatives of the three countries' ministries of transport.

Notably, Trans-Caspian Transport Corridor project is being realized on the joint initiative of the railway organizations of Azerbaijan, Kazakhstan, Georgia, Turkey, People's Republic of China. The project considers involvement of transit and foreign trade cargo as well as application of competitive rail fares and organization of movement to increase cargo volume. The launch of this route will stimulate increase of export and transit potential of the member countries, competitiveness of the International Trans-Caspian Transport Route.