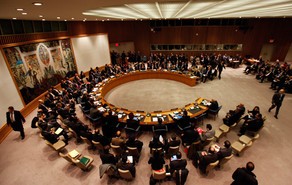 The UN Security Council will hold an emergency meeting after the nuclear test conducted by North Korea.

An extraordinary meeting will be held on September 9 in the afternoon. The planned meeting was scheduled after a joint request by South Korea, Japan and the United States.

According to the seismological services, power of the explosive device could reach 30 kilotons, which is 20 times more than the figure recorded in the previous test in January (6 kilotons).