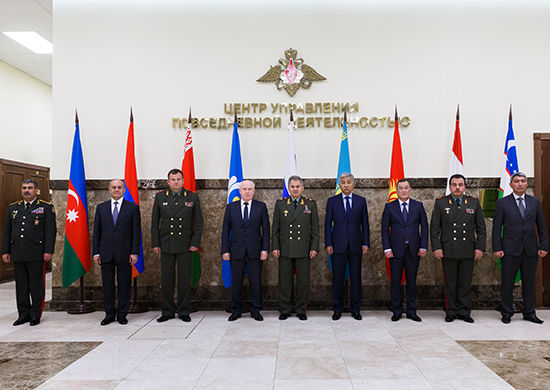 The 71st session of the CIS Council of Defense Ministers will be held in Moscow today.

The session will be attended by defense ministers of Azerbaijan, Armenia, Belarus, Kazakhstan, Kyrgyzstan, Russia, Tajikistan and Uzbekistan, as well as representatives of the CIS Executive Committee, the Council of Defense Ministers of the CIS member-states, the CIS Anti-Terrorism Center and the Coordination Service of CIS Commanders Council of the Border Troops, the Russian Defense Ministry's department for information and mass communications said.

The agenda of the meeting includes 20 issues on various areas of cooperation of defense ministries. In particular, the results of the current year will be summed up, the participants of the meeting will be also engaged in planning of joint work in the next year, including the events dedicated to the 25th anniversary of the CIS Council of Defense Ministers.

Following the meeting, it is planned to take decisions on the development of the joint air defense system, the communication system, expansion of cooperation in the field of humanitarian demining, training of military personnel, conducting joint combat training and field training, as well as military, sports and educational activities in the CIS format.

At the meeting, a report on the experience of the Russian Army Corps of Engineers on humanitarian demining areas and architectural and historical sites in Syria will be presented.

In addition, several bilateral meetings of CIS Defense Ministers will be held to discuss topical issues of cooperation in military and military-technical spheres and approve plans of cooperation for 2017.