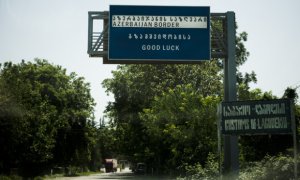 Armenia has established 10 civil defence objects in Tavush region which in the border of Azerbaijan.

Axar.az reports that it was said by Emergency Situation Minister of Armenia David Tonoyan in state budget discussions of parliament. According to his words, these civil defence objects were established first at 2 villages, then in 8 other villages.