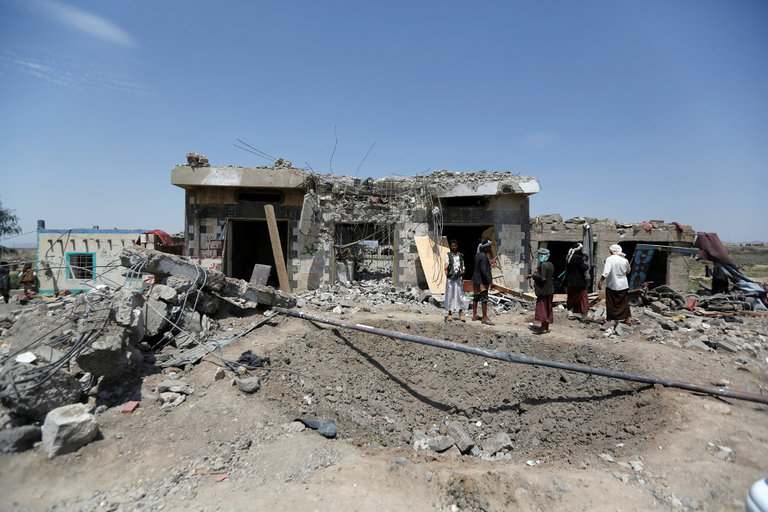 Warplanes attacked a checkpoint of the armed Houthi movement near the Yemeni capital Sanaa on Wednesday, killing and wounding a number of people, residents said.

Axar.az reports citing Reuters that, the attack in the Masajed district about 10 km (six miles) west of Sanaa appeared to ignite a passing oil tanker truck and the resulting explosion caused a number of the casualties, they said. The planes appeared to be from an Arab coalition fighting the Houthis for control of the country, they added.