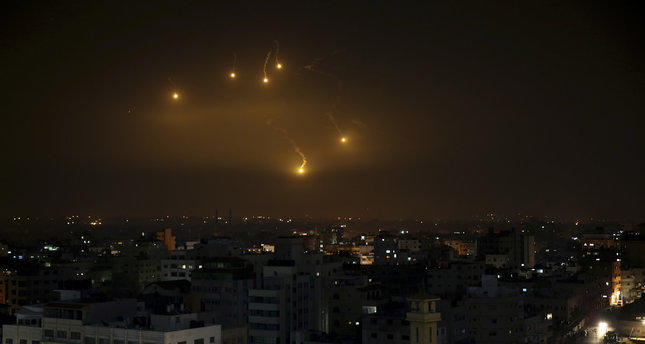 The Israeli military has previously carried out airstrikes in Syria, claiming they were targeting Iranian forces in the Arab Republic. Tehran, for its part, has stressed that Iran's military presence in Syria was limited to military advisors and arms sent at Damascus's request to fight terrorism.

Axar.az reports that, the footage from Syria published on Saturday shows a missile strike against a military base near the city of Hama, with some of the projectiles reportedly being intercepted by Syria's Air Defence.

According to Syrian news agency SANA, the Israeli planes carried out the strike from Lebanese airspace at 2:30 AM local time (23:30 GMT). Three Syrian soldiers were wounded and several buildings were destroyed as a result of the attack.

The IDF, however, hasn't commented on the incident so far.

#BREAKING #Video:#Israel attack on the villages of Hama and #Masiaf area
The attack wounded six civilians so far they have been taken to hospitals