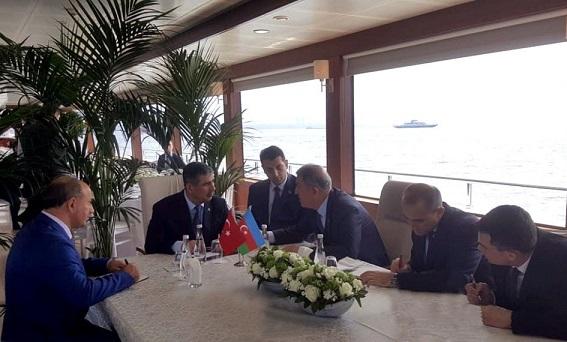 The Minister of Defense of the Republic of Azerbaijan, Colonel-General Zakir Hasanov, who is on a visit to Istanbul, has met with his Turkish counterpart Hulusi Akar on May 1.

During the meeting, the prospects for the development of military cooperation between the two countries, as well as the role of the Azerbaijan Army and the Armed Forces of Turkey in ensuring stability in the region were discussed.