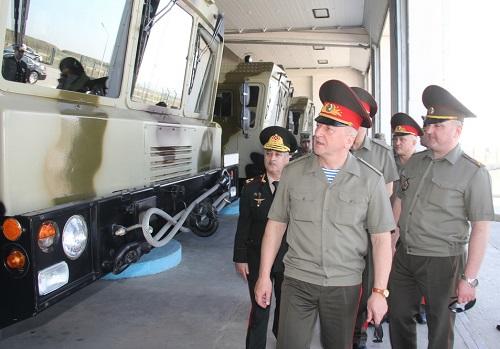 The delegation led by the Chief of the General Staff of the Armed Forces of the Republic of Belarus – First Deputy Minister of Defense, Major General Oleg Belokonev, who is on an official visit to Azerbaijan, visited the military unit.

The guests got acquainted with the military infrastructure, administrative, office buildings, and facilities located on the territory of the military unit, as well as the soldiers' barracks, mess halls, and military equipment. They were briefly informed about the conditions created for military personnel to perform combat and official duties.