US aircraft carrier sent as ‘warning’ to Iran 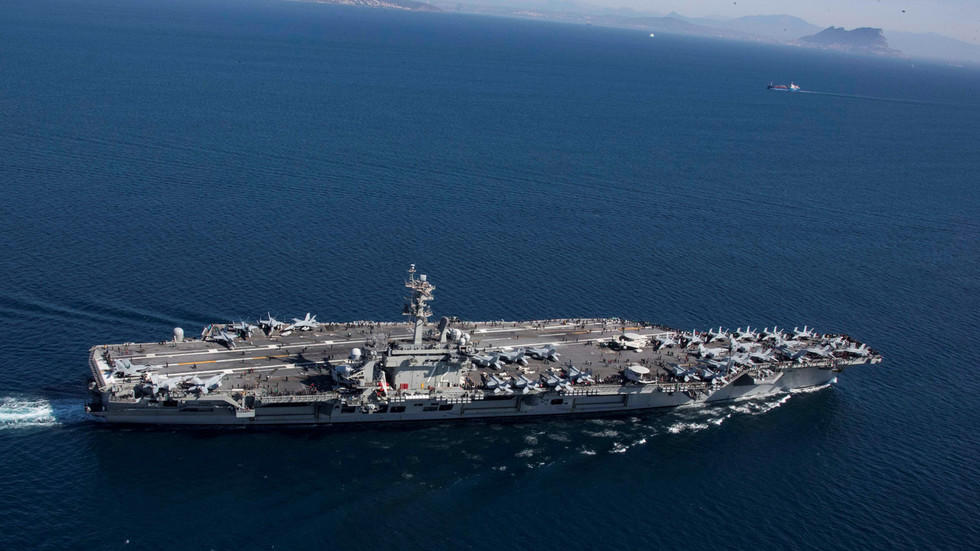 The US aircraft carrier Abraham Lincoln, deployed to the Middle East three days ago as a warning against what the Trump administration called “credible” threats from Iran, passed through Egypt’s Suez Canal on Thursday.

Axar.az reports citing RT that, the carrier strike group and bomber task force is intended to send a “clear and unmistakable message” that the US is “fully prepared to respond to any attack” from Iran, US National Security Advisor John Bolton said, announcing the deployment — although he gave no details about the alleged potential threat.

Some reports suggested that the US had been acting on a vague tip from Israeli spy agency Mossad which had been relayed to the US on April 15, but some unquestioning media reporting on the “credible” threat from Iran was met with suspicion from many analysts and other journalists.

Iran has dismissed the announcement of the carrier’s deployment as old news and pointed out that the carrier’s movement was known about before it was announced. A spokesman for Iran’s National Security Council called the decision an “unskillful use of a worn-out event to wage psychological war” against the country.

Despite the provocative military manoeuvring, Bolton said the US was “not seeking war” with Iran, but the Trump advisor has long been on record promoting US military action against Tehran — and both he and US Secretary of State Mike Pompeo have been ramping up anti-Iran rhetoric in recent months.