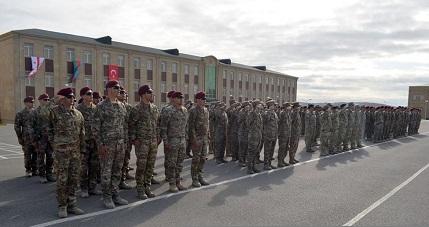 The joint exercises "Caucasian Eagle - 2019" of the Special Forces kicked off in Baku according to the agreement reached by the defense ministers of Azerbaijan, Turkey, and Georgia.

During the exercises, the tasks on destroying imaginary targets by using air components, releasing of hostages, evacuating the wounded and other tasks will be fulfilled.

Pakistani servicemen will take part in the exercises which will last until October 1 as observers.