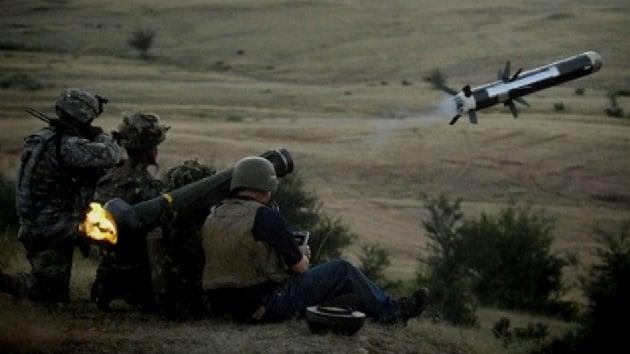 The $39 million U.S. sale of 150 Javelin anti-tank missiles and 2 missile launchers to Ukraine has been approved by the State Department and informally signed off by Congress.

Axar.az reports citing Reuters that Ukraine is at the center of a whistleblower complaint that triggered the impeachment inquiry into President Trump. The issue of U.S. military aid "played a role in initiating the inquiry," Politico notes.

Ukrainian President Volodymyr Zelensky told Trump in their July 25 phone call "we are almost ready to buy more Javelins from the United States," a White House memo shows. Trump replied, "I would like you to do us a favor" before asking him to find out about a Crowdstrike conspiracy theory, per Axios cybersecurity reporter Joe Uchill.
The big picture: Officials on the arms sale that's expected to be confirmed officially soon report that the deal is separate to the nearly $400 million in military aid Trump confirmed last month he had withheld from Ukraine - another factor in the inquiry. That aid has been released.

American military support and train Ukraine since the 2014 Russian annexation of Crimea, pointing to an analysis by the nonpartisan Congressional Research Service showing that the U.S. has provided $1.5 billion in military assistance to Ukraine from 2014 to June this year.