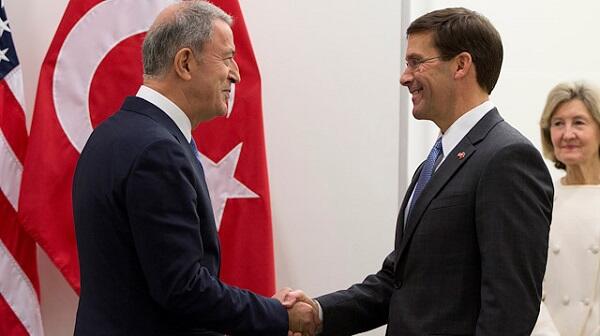 Turkish defense minister and his U.S. counterpart discussed over a phone call the latest situation in Idlib, northwestern Syria, the Turkish Defense Ministry said on Thursday.

According to a ministry statement, Hulusi Akar and his U.S. counterpart Mark Esper exchanged views on finding a solution to Idlib conflict, bilateral and regional defense, and security issues.

In September 2018, Turkey and Russia agreed to turn Idlib into a de-escalation zone in which acts of aggression are expressly prohibited.

But more than 1,300 civilians have been killed in attacks by the regime and Russian forces in the de-escalation zone since then as the cease-fire continues to be violated.