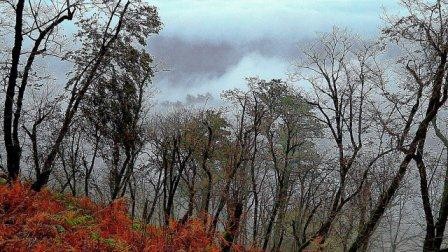 The park encompasses a virgin part of the Talish Mountains which are distinguished for its unique natural components.

The word "Hirkan" is derived from the ancient name of the Caspian Sea and a name sake city. A tribe inhabiting this area was also similarly called. Most of the park's area is covered by forests and is composed of mountains extending from northwest to southeast. Forests in the lower part predominantly comprise chestnut-leaved oak, ironwood and hornbeam together with black locust, Hirkan fig, Caucasian persimmon, etc.