Azerbaijani traditions that you surely do not know 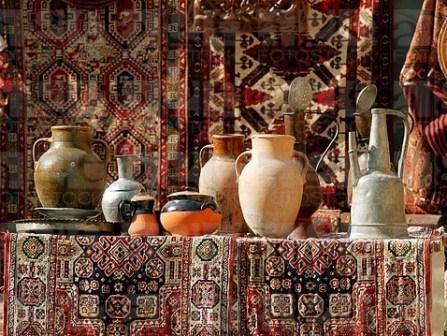 Azerbaijan, also known as the Land of Fire, is a country with a fascinating history and unique cultural heritage. Every country, especially with ancient history, has its own traditions that pass centuries while some of them get changed and others remain unchangeable.

Traditions lay deep in every Azerbaijani, accompanying them since the very birth. Many national traditions are incarnated in hospitality, culture, folk beliefs, national clothes, national festivals and entertainments.
Before coming to Azerbaijan, you should definitely learn some things that can help you to explore the country better.

Azerbaijani people are extremely hospitable and if you are a quest, be ready to feel yourself a royal person. However, the first thing you will face is that you will have to remove your shoes while entering an Azerbaijani home without any exceptions.

Azerbaijani people are in love with tea drinking. Sometimes I even think that here, in this Eastern country, this drink is even more appreciated than in the U.K. The thing is, if you are a quest, it is very rude to refuse tea and it does not matter if you feel yourself like a bubble.

People here like to talk about everything, and they are mostly ready to listen to you with a big, sincere interest. Even on business talks, it is common when firstly Azerbaijanis talk about general things, discuss weather, world events or ask you about your family. Building relationships through tea and apparently off-topic discussions are often an essential preamble to any significant agreement and should not be rushed.

It is a well-known fact that people here attach a great importance to respect to elderly people. For example, when a grown-up enters a room, younger people stand up showing respect.

If you want to marry an Azerbaijani girl, you should know that there are thousands of traditions that you will have to consider. In some Azerbaijani regions, there are even five or six steps before the wedding and they are treated very seriously.

There is a special reverence for bread in Azerbaijan which, if it was dropped, should be kissed in apology.
Spilling salt suggests an impending argument and must be urgently countered by sprinkling sugar on it.
If you do not want to seem rude, do not ever blow your nose when you are surrounded by people.

One more thing about things that you will run into in the Azerbaijani house is that the table will be burst with various foods. However, the housekeepers will complain on the lack of it. In this case, you will have to persuade the hostess and eat everything that will be offered to you.

On the whole, Azerbaijan is full of its special and interesting moments that can be understood only while living here.