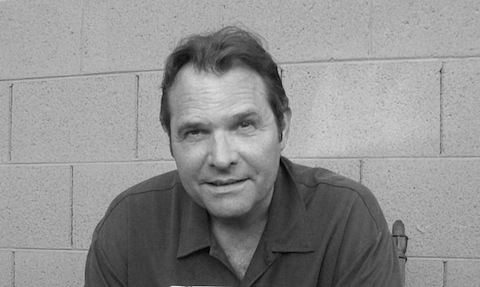 Denis Johnson, the prize-winning fiction writer, poet and playwright best known for his surreal and transcendent story collection "Jesus' Son," has died. He was 67.

No other details were immediately available.

"Denis was one of the great writers of his generation," Galassi said in a statement Friday. "He wrote prose with the imaginative concentration and empathy of the poet he was."

The son of a State Department liaison, Johnson was born in Munich, Germany, and lived around world before settling in Arizona and Idaho. He was a graduate of the University of Iowa's Writers Workshop and studied under Raymond Carver, whose raw accounts of addiction and recovery would be echoed in Johnson's work. In a 1984 interview with The New York Times, he cited a wide range of influences.

"My ear for the diction and rhythms of poetry was trained by — in chronological order — Dr. Seuss, Dylan Thomas, Walt Whitman, the guitar solos of Eric Clapton and Jimi Hendrix, and T.S. Eliot," he said. "Other influences come and go, but those I admire the most and those I admired the earliest (I still admire them) have something to say in every line I write."

Johnson was intensely admired by readers, critics and fellow writers. He won the National Book Award in 2007 for his Vietnam War novel "Tree of Smoke" and was a finalist for the Pulitzer Prize for "Tree of Smoke," and, in 2012, for his novella "Train Dreams." His other works include the novel "Laughing Monsters" and "Angels," the poetry collection "The Veil" and the play "Hellhound On My Trail."

But many remember him for "Jesus' Son," which in hazed but undeniable detail chronicled the lives of various drug addicts adrift in America. The title was taken from the Velvet Underground song "Heroin" and the stories were sometimes likened to William Burroughs' "Naked Lunch." Much of "Jesus' Son" tells of crime, violence and substance abuse. But, as related by a narrator with an unprintable name (his initials were F.H.), the book also had an underlying sympathy and sense of possibility.

"Mr. Johnson's is a universe governed by addiction, malevolence, faith and uncertainty," James McManus wrote in the Times in 1992. "It is a place where attempts at salvation remain radically provisional, and where a teetering narrative architecture uncannily expresses both Christlike and pathological traits of mind."The book was adapted into a 1999 film of the same name, starring Billy Crudup. In 2006, the book was cited in a Times poll as among the important works of fiction of the previous 25 years.