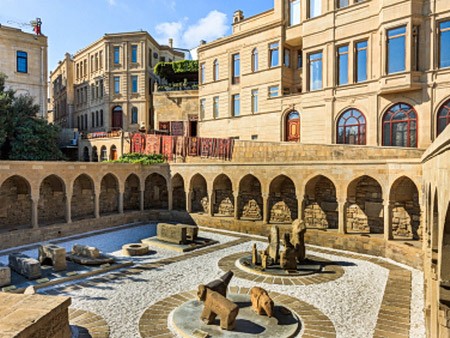 Icheri Sheher (Inner City), the pearl at the heart of Azerbaijan’s cultural heritage, has a history of thousands of years and is located in the historic centre of ancient Baku, the capital city of the ancient state of the Shirvanshahs and symbol of Azerbaijani statehood.

This unique historic ensemble has been called the Acropolis of Baku, Old City or Icheri Sheher. It was the famous Norwegian adventurer and ethnographer Thor Heyerdahl who noted that Baku and its surrounding areas may have been one of the first centres of human civilization.

Icheri Sheher got its name following the economic development of the 19th century. As the oil industry developed in Baku, the city expanded beyond the fortress walls, so there became an inner and an outer city. The inner city is still a living organism with an infrastructure and is home to 1300 families.