The fourth flag festival was held in Baku 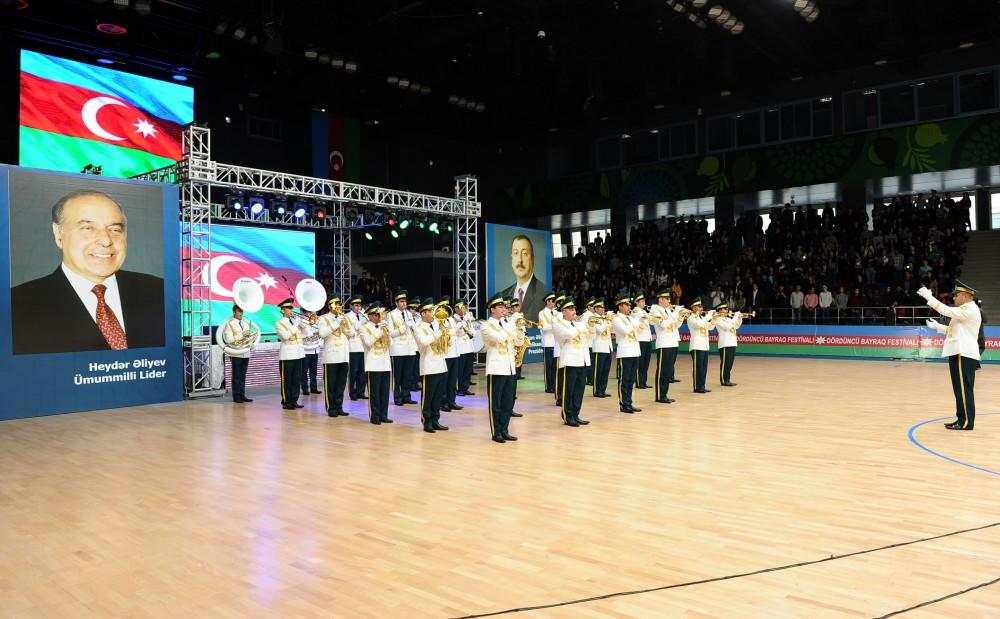 On November 9, the Fourth Flag Festival was held in Baku Sports Palace on the occasion of the Day of the National Flag of the Republic of Azerbaijan.

Axar.az reports that the event started with the presentation of the national leader Heydar Aliyev's articles about the Azerbaijani flag.

A video clip about the flag was presented after the national anthem of the Republic of Azerbaijan.

The event also examined the history of the flags of the countries in the territory of Azerbaijan and these flags were exhibited.

After the exemplary performances of the State Border Service's exemplary military orchestra, flagship, special assignments, a concert program was performed at the festival.