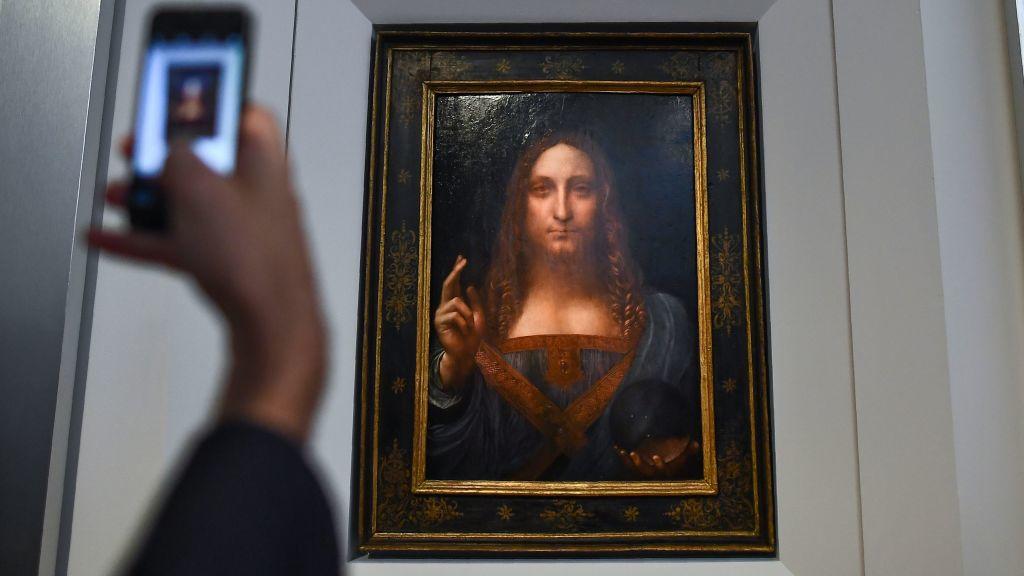 Leonardo da Vinci's Salvator Mundi (Saviour of the World) was bought for $450 million (£342 million) in New York on Wednesday evening, shattering the record for the most expensive artwork ever sold.

The painting, which was once part of Charles I's Royal collection and was sold for just £45 in the 1950s when it was mistaken for a copy, is the last remaining Leonardo in private hands.

It sold for a total amount, including fees paid by the winner to the auction house, of $450,312,500 million following 19 minutes of bidding at Christie's in New York - despite lingering questions by some experts over its authenticity and condition.

Four telephone bidders and one in the auction room dueled for the masterpiece, which had a guaranteed pre-sale bid of at least $100 million.

Bidding slowed at around the $200 million mark, and then one of the telephone bidders helped to push it towards $300 million as the price jumped $2 million at a time.