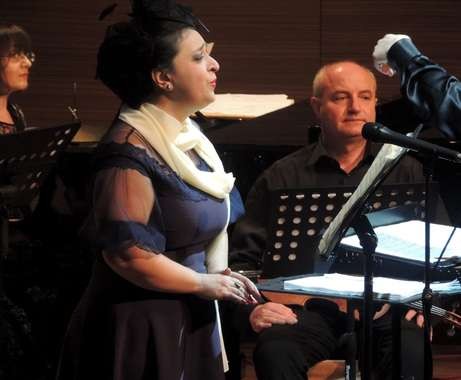 The concert was organized within the international project "Face-to-face with Time" led by artistic director and honored art worker, Prof. Faraj Garayev.

The concert began with Arnold Schoenberg's 'Pierrot Lunaire' melodrama for voice and chamber ensemble to the poems of Belgian poet Albert Giraud.

Later, musicians performed the works by Russian composer Edison Denisov.
Their original performance of musical pieces was met with interest and approval.