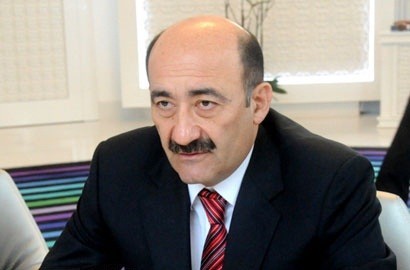 Abulfaz Garayev has appointed a new director to the Palace of Culture of Mardakan.

​Kamran Israfilov has been appointed to the position.

K. Israfilov who took place in Novruz Spring Festival what was held with the initiative of the Heydar Aliyev Foundation and in Strasbourg at the headquarters of UNESCO, the concert what was held under the name of with the "Azerbaijan's Goodwill Angels" with participation of the Azerbaijan State Youth Symphony Orchestra and Children's Chorus.

In addition,K. Israfilov is director of the newly created Children's Theatre Studio.