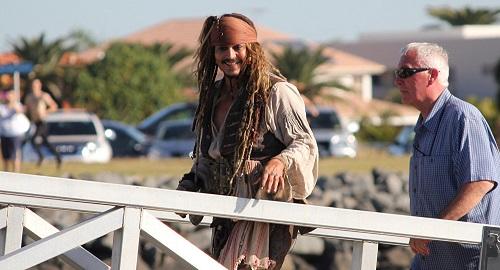 Jerry Bruckheimer, the producer of the Pirates of the Caribbean film series, previously said that the actor takes the costume of his most popular character everywhere with him to visit children in hospitals.

Hollywood star Johnny Depp in the costume of Captain Jack Sparrow has visited patients at the Curie Institute in Paris, the centre is involved in the treatment of cancer patients.

The actor wished both young and adult patients happy holidays on 27 December and expressed support for them. The medical staff thanked the famous actor for the visit, commenting on it on Instagram.