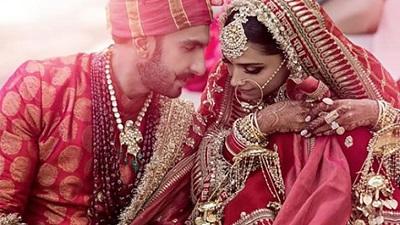 When it comes to elaborate nuptials, few can rival the mega-weddings of India's super-rich.

Recent months have seen a slew of high-profile ceremonies, from a rare Bollywood-Hollywood union (Priyanka Chopra and Nick Jonas) to what could be one of history's most expensive weddings (when Isha Ambani, daughter of Asia's richest man, wed Anand Piramal, the son of a billionaire industrialist).

Eye-watering amounts of money were spent on haute couture bridal wear, food from the world's top chefs and opulent palace venues. Ambani and Piramal even splashed out on a private show by Beyoncé.

But it's not just India's elites. In a country where up to 12 million weddings take place a year, the growing middle classes are increasingly putting on lavish ceremonies to emphasize their status.

Industry sources estimate that the country's wedding industry is worth $40 billion to $50 billion, representing significant growth from the widely-cited $25.5 billion figure reported in 2012. Around half the gold bought in the country each year is for items used at wedding ceremonies.

While weddings can be expensive affairs in any country, in India they are especially important as symbols of strength and status, according to sociologist Parul Bhandari, a visiting scholar at St. Edmund's College, University of Cambridge, who researches wedding cultures, marriage trends, gender and social class.

"For many societies, particularly India, marriages are more than simply a union between two individuals," she said in a phone interview. "A marriage marks the coming together of two families, lineages, and at times, larger groups like whole villages or communities ... Marriage is an important rite (of) passage that signals an individual and their family's status -- economic, social, political, royal.

"Pushing one's financial limits at a wedding can, of course, be seen as an attempt to achieve higher social status and respect within the wider community.

"The Piramal-Ambani wedding constitutes, in every way, the epitome of a 'Big Fat Indian wedding,'" she added, referring to a term commonly used to describe high-profile weddings on social media. "(It) was indeed a show of power and money, as much as it was about rituals and traditions."