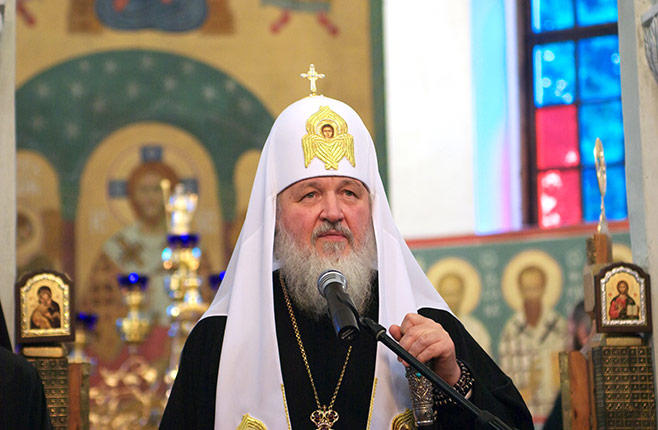 Patriarch of Moscow and All Russia Kirill has said that religion is now often used as an instrument of manipulation of public conscience.

"Regrettably, we see today that unprincipled politicians tend to use religion as an instrument for manipulation of public conscience. Definitely, the use of religion-linked rhetoric to justify terrorism or attain one’s political goals is a sin which must be resolutely condemned by spiritual leaders and all people of good will," the patriarch said in a greeting message to the interreligious conference in the United Arab Emirates.

The patriarch stressed that the Middle East has suffered most of all from extremists who are hiding behind religious slogans and from the conflict of geopolitical interests of various countries. "Religious and national minorities suffered real genocide in a number of countries. Enormous damage has been done to Christian presence: hundreds of churches have been destroyed, many families have lost their homes and money, people continue to flee their homes as they have no guarantees of a peaceful future," he noted.

He hailed the initiative to organize this conference, noting that understanding of the importance of interreligious cooperation is an indicator of society’s maturity. "We, people of various religions, are called to help the suffering people of Syria, Iraq and other war-torn countries by demonstrating our firm commitment to God-given moral ideals of love, peace, good neighborly relations and mercy," Patriarch Kirill underscored.

The international Human Brotherhood conference dedicated to interreligious dialogue is underway in Abu Dhabi from February 3 through 5. Pope Francis is expected to take part in the conference at the invitation of Abu Dhabi's Crown Prince Sheikh Mohammed bin Zayed al-Nahyan.