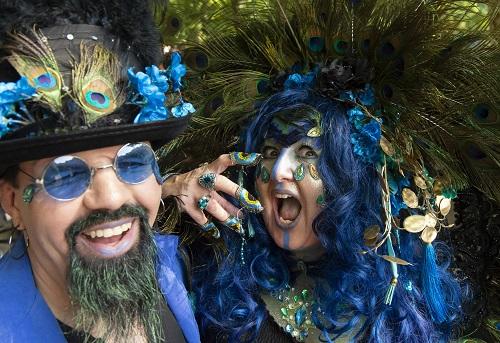 Thousands of Goth music and culture fans have gathered in the eastern German city of Leipzig for the annual Wave Gothic Festival, this year featuring some 220 artists.

Axar.az reports citing foreign media that the festival has been held over the Whitsun holiday weekend since 1992 and typically attracts about 20,000 people to venues across the city.